What Is Context In English Literature?

Exploring the importance of context in literature 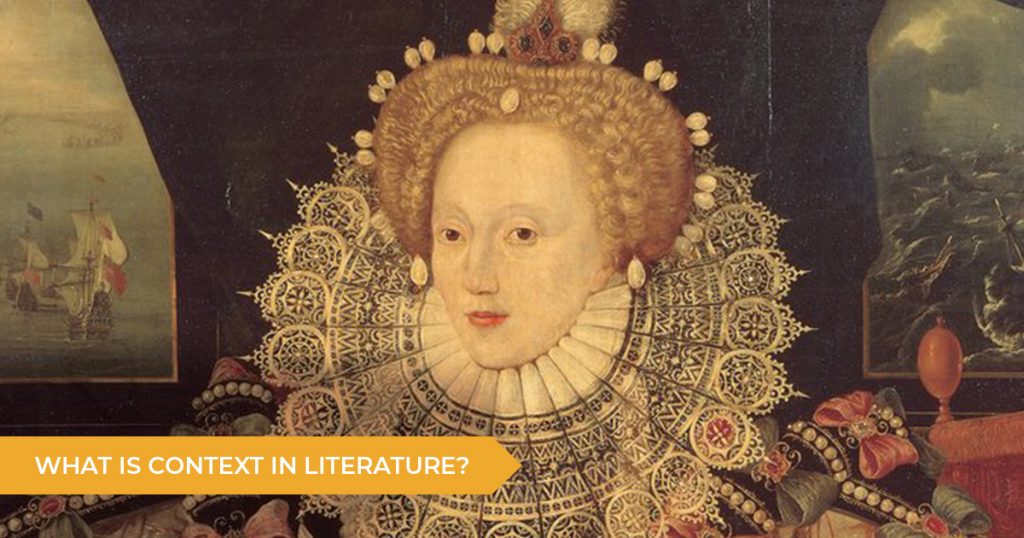 According to English Textual Concepts, ‘context refers to factors acting upon composers and responders that impinge on meaning.. To understand context we need to look beyond the text and consider the world in which it was produced and the worlds of its reception.’

Whenever we read a text we need to take into consideration that there were lots of background circumstances that influenced how and why and composer created a text.

You will often find that the different types of context can overlap with each other, but they all refer to the different ways in which a writer was positioned to view the world, as they produced their work.

– Did the writer come from a large or small family?

– Were they rich or poor?

– What jobs did their parents have?

– Where did they go to school, and for how long?

– What religious or spiritual beliefs did the writer possess?

– What were some of the major experiences the writer went through in their life?

All of these questions will give you a good sense of the perspective and preconceived notions that a particular writer held, and how this influenced their work in ways that they themselves may not have been aware of.

A writer’s social context involves the different social networks that a writer was a part of, both as they were growing up and those they participated in as adults.

The idea that technological infrastructure such as systems, devices and services which influence society at the time a piece of literature is written. For example, this can be anything from the invention of the telephone, to the use of the internet and how this affects the way characters move through society.

This refers to the major world events that occurred during the time a writer composed their work. Think about how the World Wars may have influenced a writer whilst they were happening, or the transition to the reign of a new monarch in Britain, or the cultural shifts of the 1950s and 60s.

All of these circumstances would have resulted in a different cultural landscape in which a writer composed their work, and that is ultimately the aim of this unit of study – to explore the differences in context that produced poems that starkly contrast each other, but are all memorable because they dealt with ideas that were important during their time, and remain important today.

All of the above elements we have read influence how a text is written: namely, the kids of ideas it contains, and how these ideas are represented. Importantly, this therefore means that contextual influences also play a major role in how you, as a reader, understand and respond to the things a text says and how it says them.

Now that we have a general understanding of what context is and how it influences literature, let’s begin to look at some Poetic Eras and how the context of each time produced works of literature that are still relevant today.

The Elizabethan Era took place from 1558 to 1603 and is considered by many historians to be the golden age in English History.

During this era, England experiences peace and prosperity while the arts flourished. The time period is named after Queen Elizabeth I who ruled England during this time. The period produced some of the world’s greatest playwrights including Christopher Marlowe and William Shakespeare.

The sonnet is traditionally a poem of fourteen lines of iambic pentameter, linked by an intricate rhyme scheme. It’s one of the oldest forms in English poetry.

The sonnet form became prominent during the 1300s in Italy, when the poet Petrarch published a series of love poems in this form, addressed to a ‘perfect’ woman named Laura. The form spread through Europe to England, where the Petrarchan version evolved into new styles as the sonnet went through different phases of popularity. (If it sounds strange that a certain form of poem could go in and out of popularity, think about how the same thing happens with certain forms of songs these days).

In Elizabethan England, when Shakespeare was writing sonnets of his own, sonnets were the preferred form for lyric poets, especially for the poets who wanted to evoke traditional themes of love. The form was also adopted during the height of Classical English poetry by writers like Dryden and Pope (mid 1600s to mid 1700s), and later Romantic poets including Wordsworth, Shelley, and particularly John Keats who created beautiful examples in this form.

Two kinds of sonnets have been most common in English poetry, named after the greatest poets who used them: the Petrarchan sonnet and the Shakespearean sonnet. There is very use of meter and rhyme, and almost always there is the strong development of an idea. Usually, too, there is some kind of ‘turn’ (change of thought) or new idea at the end, either in the last six lines or the last two lines.

One reason that Shakespeare’s sonnets are so valued is that he took the form which Petrarch made so famous in writing about ideal romances, and instead Shakespeare wrote about more unconventional and complex kinds of love which helped our literature (and our whole culture) ‘grow up’ in the way we understood and represented loving relationships. Shakespeare set an example – just like so many of his plays did – of using a traditional form in a new way to make listeners rethink their traditional ideas about what it means to love and be human.

For example, let’s take a look at Shakespeare’s “Shall I compare thee to a summer’s day?” Sonnet 18:

Shall I compare thee to a summer’s day?

Rough winds do shake the darling buds of May.

And summer’s lease hath all too short a date.

Sometime too hot the eye of heaven shines,

And often is his gold complexion dimmed;

And every fair from fair sometime declines,

But thy eternal summer shall not fade,

Nor lose possession of that fair thou ow’st,

Nor shall death brag thou wand’rest in his shade,

When in eternal lines to Time thou grow’st.

So long as men can breathe, or eyes can see,

So long lives this, and this gives life to thee.

Excel in English this year with the help of Talent 100 Education.

Learn more about our English Year 7 – 12 course structure, 1-1 tutorials, weekly writing tasks and how we can take your marks to the next level with face-to-face and online class options. Click here for more information.