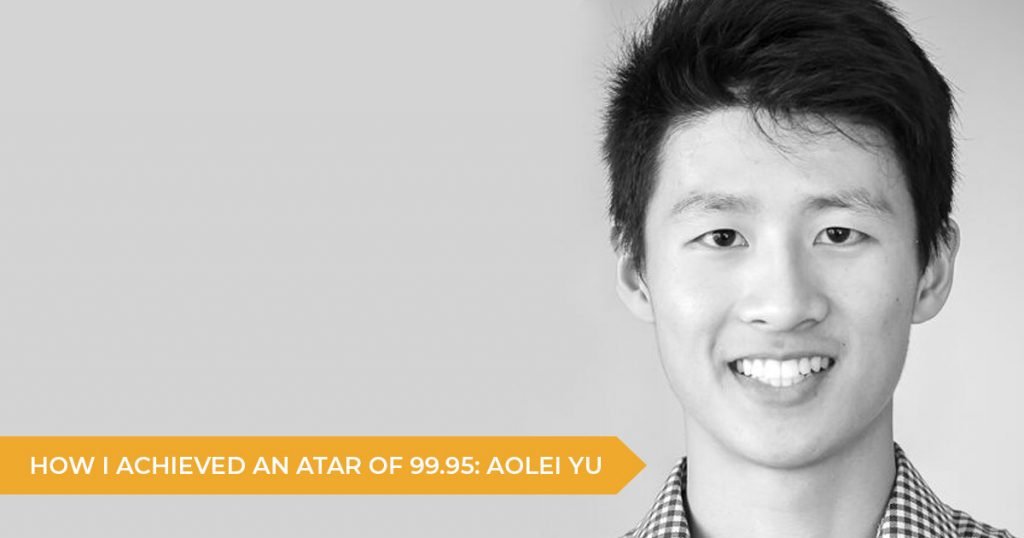 Looking back to 2015, the year in which I graduated from Caringbah High School, I realise that my approach to the HSC could be condensed into two overarching themes

For me, understanding what I could and couldn’t control, and then not worrying about the latter, was, and still in, fundamental to me maintaining a healthy mental state. This understanding however was only half the story; acceptance of this lack of control was much more difficult, but proportionally beneficial. This acceptance took time, input from friends, teachers and family, and a good deal of introspection, but I sure am glad that I reached it.

In the context of the HSC, this concept of control encompassed a number of things; perhaps the most obvious being the understanding that I could not control what actual questions would appear in my exams, but I could control my preparation for my exams.

RELATED: How Does HSC Scaling Work For Year 12 Students?

Another prominent memory that I have of the HSC was a conversation I had with my principal about subject selection near the end of Year 11. Prefacing this, I would like to stress how lucky I was to have such an understanding, knowledgeable and dedicated principal (and teachers, of course!). Specifically, I was asking my principal for advice as to whether to pursue English Extension 2. During this conversation he gave me a piece of advice that has stuck with me ever since: that for me, it was a matter of ‘control’. He advised me to choose the subjects that I believed I could control the most comfortably. As much as I enjoyed English, I realised that personally, I did not feel as in control of it as I did for my other subjects. I attributed this largely to its assessment structure: a major work, as fun as I envisioned it to be, just didn’t suit me, but with hindsight I also realised I simply wasn’t as good at English Extension as my other subjects.

For those who are interested, I ended up taking the following subjects for the HSC (having dropped English Extension 1 in the summer break):

I am going to make a final point about control in regards to the HSC – I consciously tried not to aim for an ATAR of 99.95. This is not for a lack of ambition nor a lack of understanding of its importance (from an early state I realised that the course that I wished to study at university required an absurdly high ATAR).

Rather it was an understanding of this concept of control and understanding what the ATAR actually was, that helped me feel as ease with this.

The ATAR is a rank, and so its calculation involves the comparison of an individual’s HSC results with the marks of every other HSC student in New South Wales. It was obvious to me that I couldn’t control anyone else’s marks. I could only control my own marks, and even those were subject to a number of variables outside my control. A number of questions would constantly go through my mind:

What if my marker was incredibly tired when they came to my paper?

What if the extra booklets that I submitted were lost somewhere along the track? What if…

I realised that worrying about my ATAR would not help me. So I forced myself not to worry. Instead, I directed my focus on my preparation, and as cliché as it sounds, I just aimed to do the best that I could. Because at the end of the day, that is all you can reasonably control.

I attribute my appreciation of the importance of balance to my parents. They have always advised me to maintain balance, to see the bigger picture and ensure that what I do is sustainable and efficient. I think this philosophy can largely be condensed into two major pieces of advice:

Too much of a good thing can be bad

Sometimes in the heat of the moment, the best thing that you can do is to take a step back (easier said than done)

How are these gems of advice applicable to the HSC? The first, that too much of a good thing can be bad, can be applied to study.

Students always seem to be worried about whether they’re studying enough, whether the hours that they spend studying a subject are sufficient. For me, I think that the focus should be on the quality of study and not the hours spent. Too much study can indeed be a bad thing, because it is often accompanied by a decrease in quality and thus effectivity. Getting the right balance between studying for long enough and ensuring that you maintain efficacy and efficiency whilst studying is important!

The second piece of advice, that stepping back is often the best thing you can do, was something that was particularly helped in the latter stages of the year. At times I found myself getting quite frustrated and sometimes even overwhelmed. It was during these times that I found it beneficial to switch my focus to something totally different. I found my release in exercise. Be is going for a run, kicking a ball around or having a hit in the cricket nets; I found such physical exercise a great way to reset my mind. Afterwards I found I could approach my studies with a renewed perspective.

For me, maintaining balance and understanding what I could control, were two major ideas that helped me enjoy and succeed in Year 12 – I ended up with an ATAR of 99.95. The development of these two ideas was a gradual process in which my school community, family and friends all had significant input. These two ideas not only guided me through the HSC, but also continue to do so during life post-HSC.